Collaboration of the anime "Girls und Panzer" and World of Tanks

In the future update 1.12.1, we are waiting for a collaboration with the Japanese anime series "Girls und Panzer" (Girls and Tanks). Something Wargaming has become more frequent with such, which is basically ok.

This cooperation can not be called directly new, everything like this has already been in mobile tanks and on consoles, but now it has reached the PC. Also in 2018, the official tank mod was released (link) in honor of supporting the release of the full-length anime "Girls and Tanks" (Girls und Panzer das Finale). Then on the PC, you could download a whole modpack for this anime: 42 skins remade for tanks from the anime, exclusively recorded for the mod voice acting characters RU/JP, unique hangar and redrawn crew icons.

And now a full-fledged collaboration will be released on the PC — with a tank, crew, voice acting, and other customization. The promotion repeats everything that was previously on consoles and WoT Blitz.

* Pz.Kpfw. IV Ausf. H Ankou is the flagship of the Anglerfish team. Under the control of five female students of Oarai High School, led by Miho Nishizumi, the machine emerged victorious in many battles, including against the schools of Sanders, Anzio, Pravda and Kuromorimine. For the first time, the tank was discovered by members of the Sensha-do club, who were searching for suitable equipment for the competition. The car had been parked in the club's garage for many years and was in a depressing state. However, the armor and chassis were in good condition, and the team decided to repair the tank. After the repair, it was upgraded with the help of various components and assemblies found. 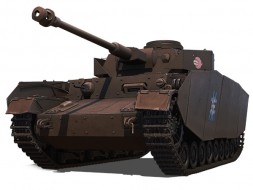 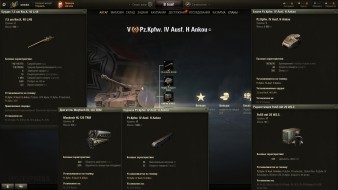 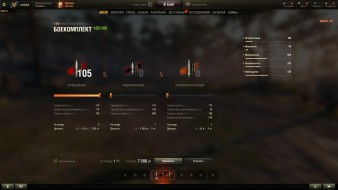 This Thursday (April 15), at the World of Tanks supertest, small edits for the Ruinberg map were…

Just yesterday, the WG volunteers began to charge any tank they chose from the Black Market 2021, although all at once if there is enough currency on…