In World of Tanks, there will be modern tanks on a permanent basis

Consoles go all-in, or that's what happens when the tanks of the era are almost over. We are waiting for a similar fate for mobile and PC tanks in 3-4 years?

Wargaming presents modern tanks for Xbox and PlayStation. From the American M1A2 Abrams to the Soviet T-72BM.

For the first time in the history of the brand, World of Tanks will present modern tanks in the game! This will be a new way to play for more than 21,000,000 registered World of Tanks tankers on consoles. The Wargaming Chicago-Baltimore studio (Chicago, Illinois, USA) is responsible for the entire project.

With the update of Modern Armor in the World of Tanks Console, the modern era of tank battles will open, which will exist in parallel with the version dedicated to the period of the Second World War. "Tankers" will be able to go to the battlefield on the most iconic tanks of our time, created by the powerful powers of the twentieth century — for example, on the American M1A2 Abrams or the Soviet T-72BM. Players will have the opportunity to change the course of history, fighting alone or with teammates for tactical superiority on the battlefield.

IT is important to understand that this is not a fan mode or a separate mode, it is like a game within a game, a new section inside with all the consequences.

Modern Armor is not just another version. This is the next step in the development of the game, a lot of new features and updates to the legendary gameplay!

The Cold War will be available in a separate game mode, which can be selected along with the long-familiar "World War II"mode. In the new mode, it will be:

"We are excited to introduce modern tanks as part of the global World of Tanks phenomenon,
" said TJ Wagner, Creative Director of the World of Tanks Console.
"Our players will finally be able to experience some of the most popular tanks of our time in battle. For our part, we did our best to please them with exciting battles in the Modern Armor update!»

* Modern Armor, the first update in the series, will be released on April 27, 2021 and will be available for cross-platform combat on PlayStation ® 4 and 5, as well as on Xbox One, Xbox Series S and X. 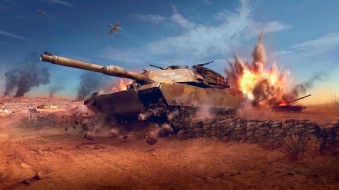 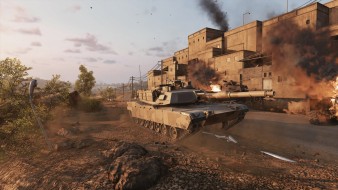 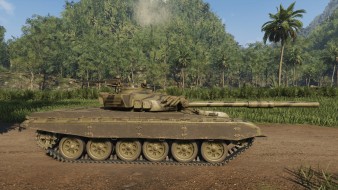 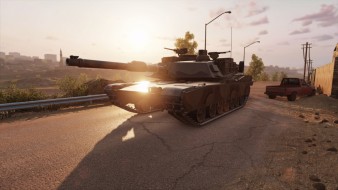 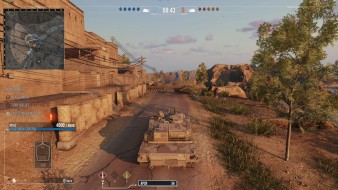 You can buy blueprints from the Battle Pass for a quick and almost free upgrade of the branch, without spending…

The composition of the illumination, transitions, and details. Czechoslovak Heavy Tanks in World of Tanks

Testing on the ST of this backlight should begin this month. Release: late summer-early fall…